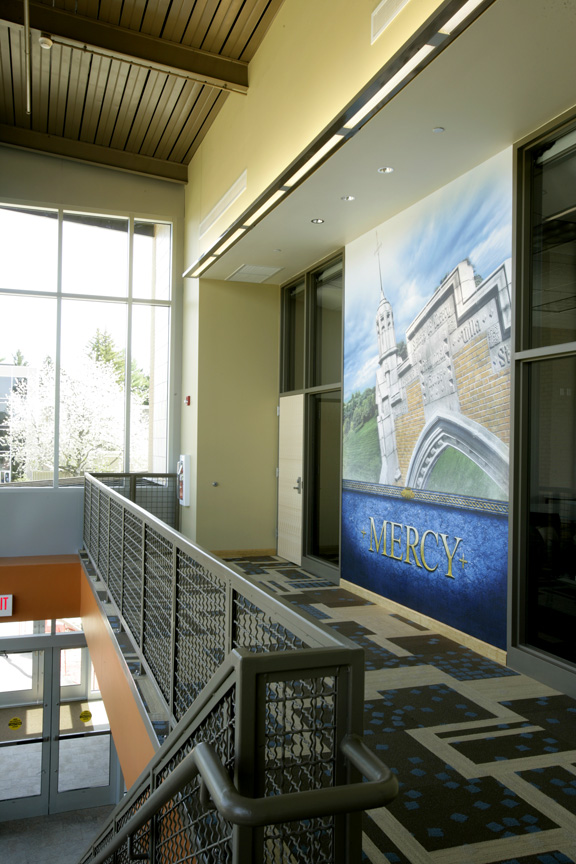 As Northeastern Pennsylvania professional photographers, we were quite honored to be selected as part of the team that provided the imagery for the new Insalaco Hall at Misericordia University in Dallas, PA. Considered a permanent installation, these images needed to be powerful, creative and tell a story.

The space for these images was part of the design for the structure. The long open hallway can be seen from outside and the photographs we created were to remind the viewer what the 1924 founders of the school, The Religious Sisters of Mercy stood for. These art photos depict Justice, Service, Mercy and Hospitality.

After much discussion with the creative department at Misericordia, the project went from concept to creation in a very short time as a deadline was rapidly approaching. The images were captured at very high resolution to accommodate the large and detailed reproduction size. The University creative team added their finishing touches and the project quickly became a reality. If your in the area, you must check out Insalaco Hall and the hallway that reminds all its visitors about the mission of Catherine McAuley, an Irish Catholic laywoman and founder of the Religious Sisters of Mercy.